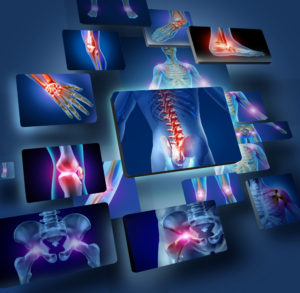 Anyone who suffers from arthritis is likely aware of how weather conditions can impact their joints. This is particularly the case when temperatures begin to drop. Although some individuals are even able to predict future changes, it is also interesting to note that no single scientific reason has been found in regards to why the cold has a tendency to cause symptoms of arthritis such as pain and stiffness to increase. Let us quickly examine some theories associated with the roots of this causal relationship before moving on to highlight a handful of potential treatment options.

What Might Cause the Cold to Worsen Arthritic Symptoms?

One of the most common beliefs is that a drop in barometric pressure will lead to pain. This is quite logical, as falling pressure causes the joints to expand; placing additional pressure upon nearby nerves. It is also a well-known fact that barometric pressures will often drop in advance of a cold front.

Another issue involves a heightened level of pain sensitivity within areas of the body such as the hips, knees and fingers. Cold weather can increase perceived levels of pain, so it only makes sense that those who suffer from arthritis are more likely to notice symptoms during the autumn and winter.

Cold temperatures also increase the viscosity of fluids (such as those found within the joints). As a result, they are unable to flow freely and their role as a shock absorbing substance is not as effective. This is often why cold weather will often trigger arthritic pains within the knees sand hips.

Finally, we need to take into account the lifestyle changes that often accompany colder weather. Individuals are less likely to remain physically active when the temperatures begin falling. Thus, habits such as daily exercise and running may be postponed until the spring and summer. Lower levels of physical activity have already be identified as one of the causes of increased arthritic pain.

What Types of Treatment Options Should be Considered?

There are several treatment methods worth considering. One of the most effective is said to be Cryotherapy. This process will often substantially reduce levels of perceived pain in arthritis sufferers and provide them with a greater degree of mobility. However, it should be noted that this is not a cure. It is merely meant to alleviate short-term symptoms. Some additional options include trying to remain warm at all times and using compression bandages or braces in order to prevent excessive swelling. It could also be wise to seek the advice of professional chiropractors and physical therapists, as these individuals will often develop targeted exercise and/or rehabilitation programmes based around the needs of the client in question.

Unfortunately, millions of people are negatively affected by cold weather. The good news is that there is no reason to remain suffering in silence. If you are curious to learn more about available options please contact your Health Professional.

If you think you might benefit from Chiropractic care please call us on 01962 861188 and ask for a NEW PATIENT appointment which includes a detailed consultation and examination. If you are new to Chiropractic and a bit unsure then why not ask for a FREE SCREENING with our chiropractors to discuss your health issue
Contact Us