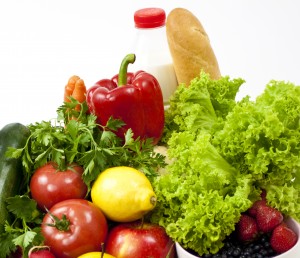 If you have ever backed away from making a decision or felt uneasy in a social situation because you had a ‘gut feeling’ about it, you might not be surprised that research is demonstrating that microorganisms in our stomach and digestive system could have an influence on our minds and our mental health. A recent study showed that young adults who eat more probiotic-rich, fermented foods, experience less social anxiety than peers who did not eat these fermented foods.

More studies by the leaders of this research project will further explore the connection between mind and gut. The suggestion is that if more research can prove that there is a causative mechanism, traditional psychologist treatments of a combination of psychotherapy and medication, could be supplemented, by dietary interventions, the inclusion of fermented foods and increased levels of exercise.

Winchester Chiropractor, Max Atkinson has followed research that seems to increasingly point to a link between our nutrition and our mental well-being. At Bradford House Chiropractic, he is able to provide nutritional advice and suggest appropriate supplementation for those for whom fermented foods are not palatable or practical to include in their diet.

What Are Fermented Foods?

The fermented food product we are most familiar with is Yogurt, made using milk, fermented with one or more strains of bacteria. These bacteria consume the sugar in the milk and create lactic acid that curdles the milk solids making nice, creamy, thick yogurt. Another fermented milk product is Kefir and this is becoming increasingly popular.

Some people cannot tolerate dairy products and can get their probiotics from fermented vegetables such as pickles and sauerkraut. In an interesting article by Dr. Mercola, he reports that he sent some of his homemade sauerkraut off to be analyzed, amazingly the results showed that just two ounces of this homemade product had as many probiotics as 100 capsules of a probiotic supplement!

Other fermented foods that are becoming more popular are Tempeh (made from deep frying fermented soya beans), Miso, also made from fermented soy and used as a flavouring in Japanese dishes, and Kimchi (a Korean dish containing spicy pickled cabbage).

How Do These Probiotics Help?

Probiotics reduce inflammation within the gut and the gut symptoms that often accompany Anxiety disorders. In addition, probiotics can modify the stress response, linked to disorders such as social anxiety.

It is not just probiotics that can benefit brain health, studies have shown that B group vitamins (in particular B12 and folate), Vitamin D, Omega-3 fatty acids, minerals such as iron, zinc and magnesium and some amino acids can all be beneficial.

While it is always more beneficial to get probiotics and the other beneficial things listed, from dietary sources, sometimes this is not possible, either due to dietary constraints, food intolerances and so on.

The evidence from studies is so compelling that it is time to take that all-important first step in recognizing that correct nutrition with a diet containing the key elements including probiotics is as important for mental well-being as for physical health.